“I still have my feet on the ground, I just wear better shoes.”- Oprah Winfrey

Finally. That word says it all but it can’t tell the story so here goes.

On September 22, 2015, I was a part of the VIP group to the taping of the Dr. Phil show. This was not my first. Years ago for my birthday month, I decided to visit my favorite places. I stood on the plaza at the Today Show while holding a cardboard shaped replica a of kidney (dialysis). I attended the taping of Who Wants to be a Millionaire and I flew to California to be part of the audience on the Dr. Phil show.

Fast forward to Tuesday morning as I checked in and was later directed to my seating area for the first taping of the show. I sat one row from the stage and to the left. It was during the warm up, as the music played and gifts were given out that I knew this day would be special. I won a book written by Dr. Phil regarding finding the love of your life. It wasn’t until the second taping that I was in rare form.

As Taylor Swifts, “Shake It Off ” blasted overhead, the emcee chose guests to come up and dance. This time I sat three rows from the stage, on the right side and on the end. When another guest in front of me shied away from being chosen to dance, I made it clear, through a few screams, to choose me and the emcee did. I went back in the day as I did the boogaloo, the hitchhike and anything else I could think of while lip-syncing the tune and dancing throughout the studio. (After the show, several people questioned if my performance was staged while offering wonderful compliments regarding my performance) After my stage time, I returned to my seat before the taping of the next show.

Dr. Phil appeared shortly and began to speak of the people in his life that had made a difference. Before he could finish the statement regarding one of the most pivotal people in his life, I screamed as Ms. Oprah stepped from the wings. I lost my mind. Some years later, I finally had a chance to see the former Queen of Daytime Talk up close and personal. So overcome with excitement, I had to use my hands to fan myself. Oprah looked in my direction and mirrored my actions. I looked at her as if to say, Yes Ms. O, it’s that serious!

She spoke of her new passion as I stared in disbelief. When the taping concluded I still could not believe my luck. I finally had a Oprah moment, one that I would never forget. (The show will début Thursday, Oct. 15)

“When a traveler goes alone he gets acquainted with himself.”-Liberty Hyde Bailey

This tour is for any lighthouse lover or person who enjoys a great view.

First, understand that the tour is open only on weekends (Wednesdays, seasonally) and at two times during the day, once during the late morning and then in the early afternoon. My tour started around 2 p.m. Second, this is a guided, three-hour walking tour. A 360 foot rise in elevation that involves one to two flights of stairs. Third, arrive at least 30 minutes early outside the locked gate om Hwy 1 outside an old naval facility. Fourth, take money and/or a credit card with you as you are expected to pay once you reach the end of the tour.

I’ve never had an experience like this one and truly enjoyed it. You are greeted by a park ranger that directs you to travel an unpaved road that leads to the bottom of this large rock where another ranger will instruct you where to park.
The weather can change in this area so dress in layers and pack lightly; water and a few snacks. I used a walking stick. Also, wear a good pair shoes. If the group is large, the rangers will break you up into smaller groups which is helpful for the presentation.
The incline walk is manageable as the rangers lead you up and pause to tell you the history along the way while you gather your breath and shoot photos.
The scenery is breathtaking as you learn about the life of the light keepers, the lighthouse as well as the land around you. With clear skies, a warm sun and sea lions below barking away, I could not have asked for a better unplanned trip.

The lighthouse was under repair during my visit but we were still allowed to go up to the top and even walk outside against the strongest winds I’ve ever felt.
A set of stairs took us to buildings like the blacksmith shop, keepers home, water tower and several other buildings. There was even the jawbone of a young whale on display. Go inside the keepers house and look at the kitchen, sleeping area and other rooms that will bring back memories of appliances, or food packages that use to fill most American homes.
The staff was wonderful, knowledgeable and very kind. This tour was well worth the time and money. For those with disabilities and in need of help, call the park in advance for more information.

“You cannot open a book without learning something.”-Confucius

Demiere Lee has sent you a message on Goodreads!

Hi Lila,
Here’s my review to The Fat Girls Club: https://www.goodreads.com/review/show…. Please leave all commentary for the review in the comments below it.Thanks for the book and for allowing me to give my opinion of it,
Demiere Lee 🙂

“Thousands have lived without love, not one without water.”- W. H. Auden

It isn’t until you’re faced with a situation that you finally realize that it’s true. Time spent in California has put a face on the water shortage in the state.

While spending time at Lake Oroville Dam, the visual landscape is daunting. To actually see the damage a four-year drought has caused has made me more conscientious about water usage. Before taking a shower, I make it a point to turn on the water right before stepping in. Just like in the days of boot camp, I get in, get it done and get out. If there’s unused water left in my water bottle, I dump it out on plants and not in the street.

Local news stations in parts of Northern California, have television segments called Water Wednesdays, to bring water conservation tips and information to viewers. Homeowners must use mandatory water schedules regarding lawn care or face being fined. Big business are not removed from these restrictions although I have witnessed water meant for grass and gardens being wasted on the sidewalks turning streets into little rivers.

Hopefully water rations are not a part of California’s future. It’s a frightful thought. Imagine, families allowed only so many gallons of liquid blue for drinking, bathing, cooking and washing clothes. What would happen if farmers were given limited water usage for crops? Can you image not eating apples, oranges, grapes, melons or vegetables?

It’s time to take the water shortage seriously. It’s not one group, one race or one families responsiblity. It’s everyone’s responsibility. 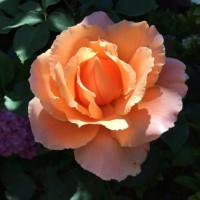 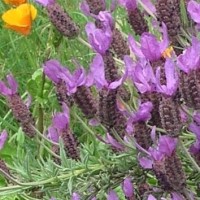 Cooking, gardening, traveling and photographing around the globe

It´s all about light

Welcome to my World of Art.

- My Essays for the Essences in Life

Exploring my world with pictures and words.

"It is better to travel well than to arrive." ~ Buddha

Beats Stumbling Around in Silence

My thoughts about homeschooling, health and fitness, being an expat, kids and just life in general. My personal Lifestyle Blog!

because anything is possible with Charisma

Patrick Ross on Creativity, Writing, and an Art-Committed Life

The latest news on WordPress.com and the WordPress community.